Trending
You are at:Home»About Singapore»GE 2015 – I Voted For The Opposition In The 2011 General Elections

[Repost: This article was originally posted by Budget Babe on 9 September 2015.]

This article was posted 2 days before polling day of GE 2015 where the incumbent PAP government won a 69.9% landslide victory.

I spoke with a young man who shared about how his views has changed. In GE 2011, he was so intent on voting for the opposition, that he spent a tidy sum of money to travel to an embassy just so his vote would be counted.
However, his views today are far different from those he had in the last GE.He describes himself as a typical Singaporean son who believes that contrary to what many youths think today, nobody owes us a living. He would like to share his message here because he feels that “our future, and the generations to come; their future, depends on our ceaseless faith in the correct government. These youths are the future, and I do not want to leave them to chance”.
This is what 28-year-old Cedric Yang has to say:
Years back in 2011, I was an avid, enthusiastic, die heart opposition supporter. Because I was studying in Switzerland at that time, I was unable to cast my first vote against the ruling government. At that time, I was so convinced by the rallies and speeches made by the oppositions about the high salaries our government is taking home, the overcrowding situation in Singapore, the disconnection between the people and the government. I wanted so much to cast my vote against the ruling party that I was willing to spend a few hundred euros to travel to London embassy just to do that.
Then the election fever went down after the results were out; Aljunied was won by the opposition! Total votes against the government went to a historical high at 40%. I was jubilant. Finally, we can overturn the government together! Finally, we can stop paying ministers high pay! Finally the population density in Singapore can be further reduced! Finally the opposition can have the chance of taking more seats in the Parliament and represent our voice! I was naive, so so naive.

Right now, at this moment, I have decided to pen down my experience as a 28 year old, to as many of my fellow Singaporeans as possible, whom are still disillusioned by the flowers and butterflies painted by the heated rally speeches from the oppositions. I have deadlines from my work, from my part time post grad, and analysis to be done for my investment portfolio. But despite all that, right now, I want to be a voice, regardless of its insignificance.
After my graduation from NTU in 2012, I was employed by a government statutory board, A*STAR. In it, I was given a role of industry engagement, where I have opportunities to interact with executives from MNCs, LEs, and SMEs. This has shed a new light on how I view the government in the past. There are countless of initiatives and funding made readily available for these companies to apply, encouraging them to be more capable, more well equipped, deeper knowledge, and better developed. Accepting all these were not easy as this was the party that I was so adamantly opposed to, just 4 years ago! Then I started to really sit down and reflect on my life.
My life was a simple one, as many others, with a humble background of a housewife mother and a taxi driver dad. I was not born with a silver spoon, not even a bronze one. But me and my 2 other siblings were blessed with a roof over our heads (3-room HDB in Yishun), more than sufficient food on our table, very affordable education through our lives. I started questioning myself, what went wrong? Why did I hate my government? In university, my hardworking parents paid $26K for my education. Expensive, but affordable! It took me only 3 months of working plus my existing savings to pay my parents back. Compared to my foreign classmates, they were paying in the range of $50K to $60K for their education in a internationally recognized university.
I had the chance to go Switzerland for attachment, a really expensive trip. I thought I couldn’t afford it. The government and the university once again funded me 70% of the cost to send me there. I had the chance to travel and explore Europe, without much of a slightest hassle because I was holding onto the proud red Singapore passport. Whenever I talked to people overseas and introduced myself as coming from Singapore, they would jump in recognition and admiration. I was so puzzled as to why, why would a country smaller than most cities be known? We shouldn’t even exist! Our natural resources are nil in counting, our land is limited, our talent pool is small. 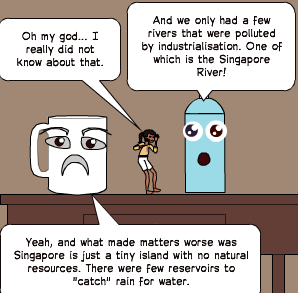 I faced dangers in Europe, once at knifepoint. The police there could not do anything about it. Reporting does not help. It is just a formality to claim insurance. I went to Greece, and people were rioting outside the Parliament. There was violence and the train service was stopped for a whole day, disrupting my planned trip to Rome. I was buying some souvenirs from one of the stalls in Athens, and the keeper was complaining to me how heavily the government taxed them, and how deep in debt their country is. I went to Oslo, Norway. Shortly after my visit, a terrorist gunned down several tourists.
I went to Italy, where the quality of intra-EU trains can be compared to that of a third world country. I went to France, and I saw litter everywhere. I went to Bulgaria, where teens not older than 18 were roaming the streets as prostitutes. I went back to Switzerland, and had a Mcdonald meal. It cost 20 swiss franc ($35 SGD), and I had to put the tray back to the collection point myself! All the while when I was backpacking through Europe, only one thought was in my mind: I want to be back in Singapore. I can’t wait to go back to my home. My budget in Europe for a month was $3000 SGD. I had to sleep in airports and train stations at night to save up so I would not run into deficit. Comparatively, I do not even require more than S$1000 in Singapore for a month!

It was then I realised how fortunate we all are. We are able to comfortably afford a hotel at $200 a night, we are able to have sufficient capital for investments, we are able to walk in the streets alone without panicking, we are able to have data connection everywhere, we have countless opportunities and funding to encourage us to upgrade ourselves, to spur ourselves, to make ourselves more useful for Singapore, and to teach ourselves that NOBODY OWES US A LIVING.
We are able to practise our religions freely, we were forced to learn English that ultimately proved so useful in our lives today, we are able to practise responsible freedom of speech unlike the restrictions seen in so many countries today. We are fined for throwing things on the ground, we have tough laws on drugs and illegal immigrants, we have a strong SAF force to deter and mitigate terrorists attacks or sudden invasion.
If not for such order to enforce discipline, our streets will be filthy, our youths high on drugs, and our country no more. We have foreign investors putting in billions of dollars in Singapore, developing our local SMEs suppliers, with many of them turning to become MNCs themselves! Jobs were created by them as a result, contrary to popular beliefs. There are Singaporeans who had fallen through the cracks, and the government never ceases to help those who are in need. I have seen them with my own eyes. 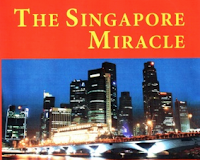 How strong is our identity? I was in Barcelona watching a football match and not far away, I recognised a voice. I was so sure they were from Singapore, and I was right. Our accent and Singlish (by choice) cannot escape us.
How strong is our unity? We stopped to help those in need. We volunteered in worthy causes. We stood in the rain as we sent Mr Lee Kuan Yew in his final journey. Our tears, our sorrow, our sadness mixed and mingled that day. But in them, our hope to build on the beliefs of the pioneer generations, our resolve to carry on the iron will of our forefathers, our faith to see Singapore land in good hands for our children and grandchildren
.
I did not realise how fortunate I was in 2011. I believed blindly in the picturesque image the oppositions painted. I believed in taking without giving. I believed in a perfect society where there are no compromises.
Now in 2015, I realised many have fallen in those steps I had walked in 2011. I realise how, in the heat of election fever, people make wrong misinformed choices which others have to pay.
I realise how much we take so many things for granted, how many things we thought should naturally exist in today’s world; wealth, stability, sound financials, harmony, health care, education, housing. I realise that instead of counting what is missing in my life as compared to an ideal world, I need to dig my feet down, work hard, and count what is given to me in a real world. How should I contribute more to this country, how much more can I do for the community around me, what can I do to be a positive influence, and how happy and grateful I am to be born and raised here.
This country did not happen to succeed by chance. It is by hard work, a never-give-up attitude, a mentality of making oneself better and contributing back to the country.
The vote coming 11th September is crucial. Not only for us youths, but for many generations to come. And because of this government, I am confident of raising many children in years to come. Why? Because I know my children will receive things much better than I, have greater opportunities than I, and live a better life in gratitude and contentment.
With this, I end a quote from the man we all respected.
“I wrote this book for a younger generation of Singaporeans who took stability, growth, and prosperity for granted. I wanted them to know how difficult it was for a small country of 640 square kilometres with no natural resources to survive in the midst of larger, newly independent nations all pursuing nationalistic policies. (…) We cannot afford to forget that public order, personal security, economic and social progress and prosperity are not the natural order of things, that they depend on ceaseless effort and attention from an honest and effective government that people must elect.”